Just finished a crazy run storyboarding. I feel like I can see the Matrix now... but back to character design for me in the morning.
Here are some warm up post-its from the last few weeks. It rained alot in California last week. I like rain.

Email ThisBlogThis!Share to TwitterShare to FacebookShare to Pinterest
Posted by PotatoFarmGirl at 3:03 AM 16 Taters

"Welcome to Costco, I love you" 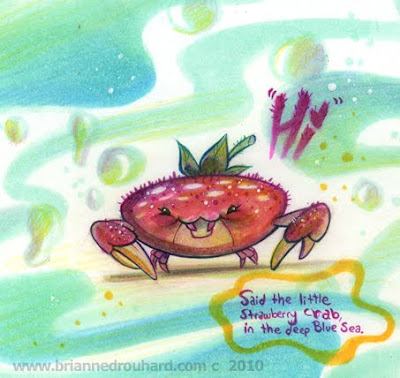 Tooo busy to draw anything new. Looking into trying to print another sketchbook type thing for this summer. Every year I either get too busy, or can't afford it. Looking into doing full color if possible, but hopefully keep it affordable for others, or whoever might want one. Bleh.
I was worried that I might not have enough original stuff to put in the book, but I have some stuff going back all the way to 2005 that I never posted, so it should be ok. I might put a few images in it that have already been on the blog in the past. If there are any specific drawings that anyone would like in the book, please post it in the comments.

So while going through old sketchbooks, I found some horrible unfinished sketches that should never see the light of day. I'm in a weird mood, so here's stuff that belongs at Costco. 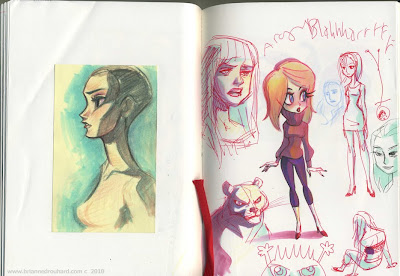 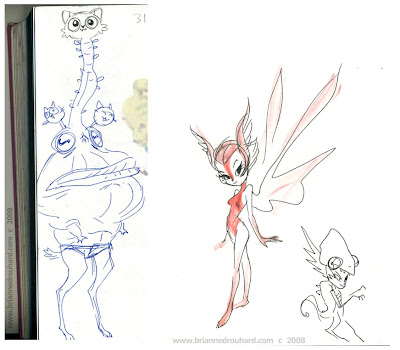 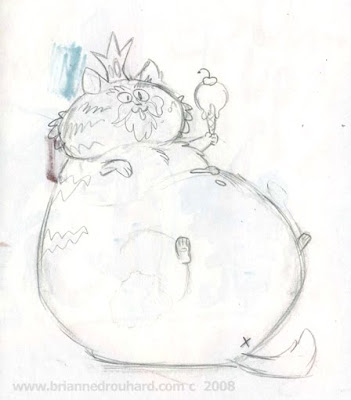 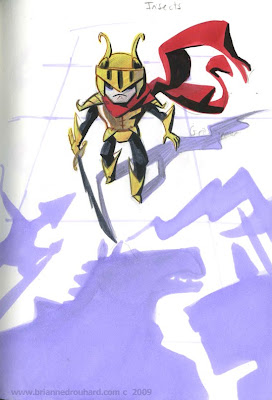 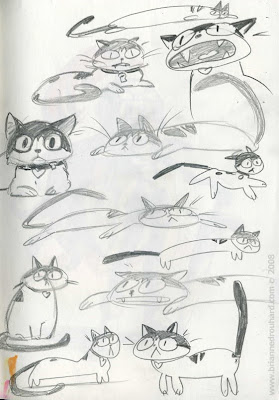 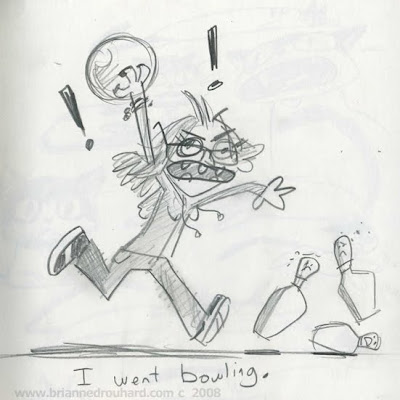 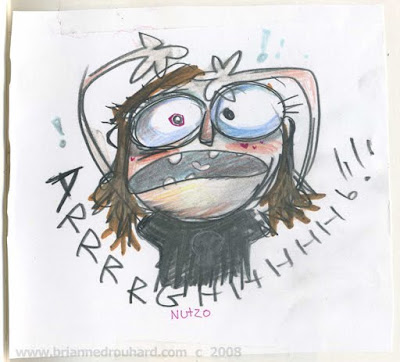 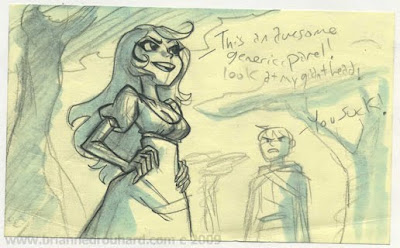 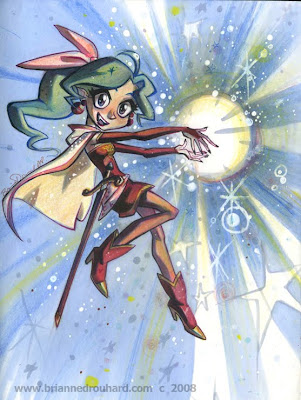 This was freelance. They are aliens. 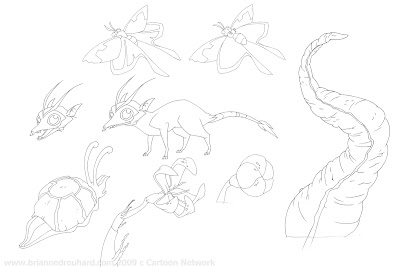 Here is a workout to help everyone get in shape after the holidays!

Email ThisBlogThis!Share to TwitterShare to FacebookShare to Pinterest
Posted by PotatoFarmGirl at 5:22 PM 9 Taters

Eating babies is not COOOOOOL!

Lots of anxiety this week, not necessarily bad. This week is my last week of work. Who knows what will be next, but I have some other stuff I need to finish up anyway, so a small break would be welcome. Anyway, here's some stuff, from towards the end of 2009. I should try to draw guys next time, instead of drawing stupid girls.
Post-It Palooooooooza! 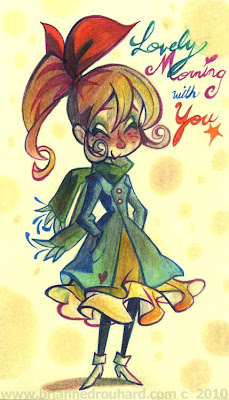 A girl who is too cool to be anyone's friend, so her best friend is her green jacket. 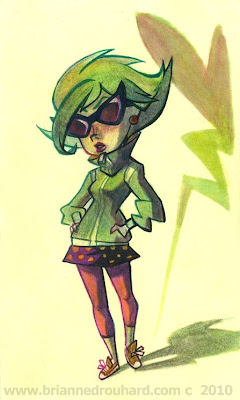 Hot pink girl that everyone has drawn at some point in time. 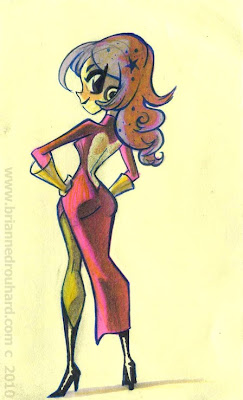 Little fuzzy alien doesn't realize that the Space Trooper girl who just saved his life from a giant glob monster does not want to be his friend. You should have seen the epic battle, too bad I didn't draw that. 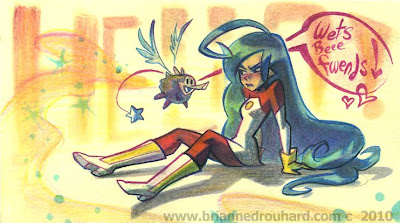 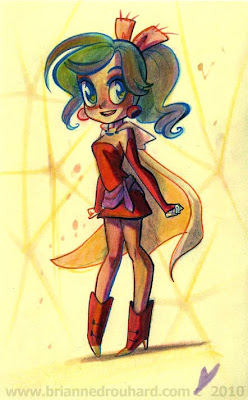 Here is some freelance stuff. I made my first mouth chart ever for this guy, I did not design him. I also made a crappy dialogue video for overseas reference, this isn't done very well, but this line has had me cracking up all summer. He was in a cartoon Friday night. (I don't think eating babies in real life is cool at all. Cartoon alien poop babies is another matter.)


I'm going to try taking art classes this year. Need all the help I can get.
IMPORTANT UPDATE!:
A REAL STRAWBERRY CRAB HAS BEEN FOUND! CLICK THE PHOTO TO GO TO THE ARTICLE!

I know what I'm going to be doodling with my upcoming free time. ^x^
Email ThisBlogThis!Share to TwitterShare to FacebookShare to Pinterest
Posted by PotatoFarmGirl at 12:51 AM 14 Taters