Josie and the Purdy Cats 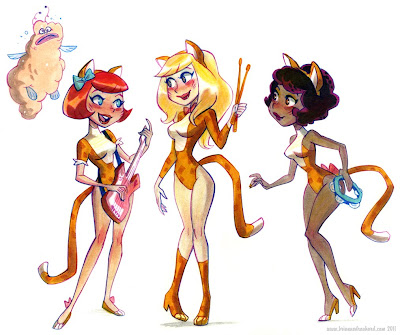 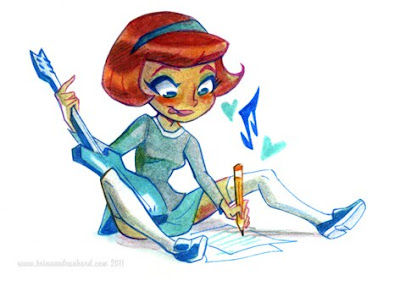 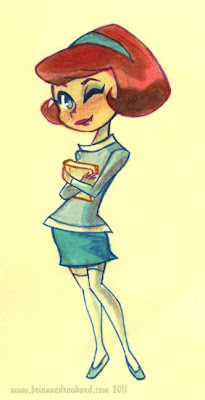 No more Avenging, now onto Mysteries. Gonna be busy next few weeks. More art farts later.
Josie and Pussycats would be a fun thing to work on.
Here's the theme song, it will haunt your dreams.

PS. Anyone know what that fluffy poof monster is in the top drawing? Twenty extra dork points to those that doooooo......
Email ThisBlogThis!Share to TwitterShare to FacebookShare to Pinterest
Posted by PotatoFarmGirl at 1:12 AM 17 Taters

Labels: can I make this cartoon please, I like cartoons, josie and the pussycats, outer space

Survived Tokyo, and Comiket. The trip was amazing! Met up with a lot of nice people, took a lot of photos. We walked everywhere, took the train everywhere, so much to look at. Now it's a new year, and there is already many things happening!

First up, I will be at Wonder Con, at the Immedium booth. That will also be the earliest anyone can get their hands on "Billie the Unicorn". The book will be out early April, but my publisher will have early copies at the convention. Later in April, I will be at Anaheim Comic Con! 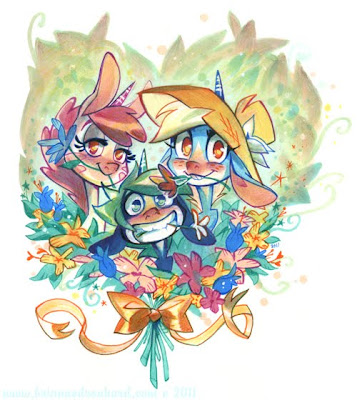 I saw "Tangled" before heading to Tokyo. A barefoot princess with a frying pan! 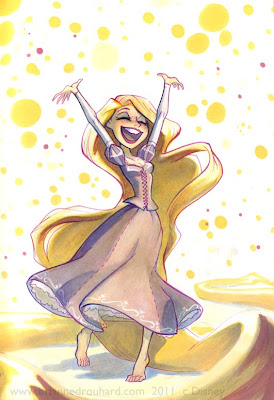 Why didn't I draw the frying pan?! BOOOO!!
Lots of well crated animated movies in 2009! Gave me the warm fuzzies, and stuff. 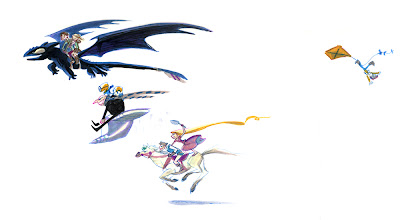 Wouldn't this make an awesome racing game, a'la Mario Kart? ....and now for some Tokyo photos, under the cut!

More under the cut, click it!
Email ThisBlogThis!Share to TwitterShare to FacebookShare to Pinterest
Posted by PotatoFarmGirl at 12:21 AM 12 Taters

Still in Tokyo. Seen Harajuku, Shibuya, Kamiedo, and went to Comiket. Comiket was huge, and insane. Alot of fabulous art! Met up with Nemuri and Sen, they were super nice! We traded art, look what they made for me!

Email ThisBlogThis!Share to TwitterShare to FacebookShare to Pinterest
Posted by PotatoFarmGirl at 5:58 AM 4 Taters