I might try to do a marker demo, but I really don't know what I'm doing. They're kinda like watercolors. In the meantime Here's a bunch of stupid!!! 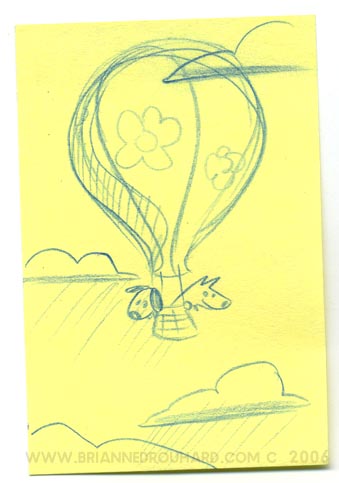 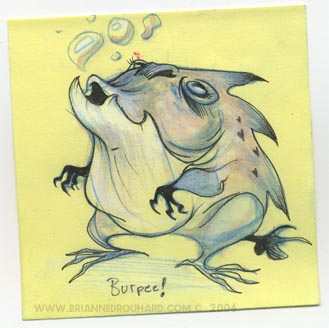 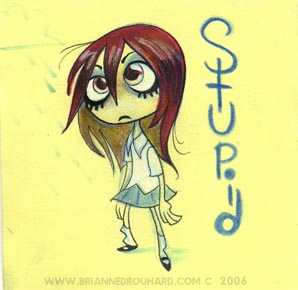 Alternate Parappa opening here I heard this series wasn't very close to the game and didn't last long. Poo....
Email ThisBlogThis!Share to TwitterShare to FacebookShare to Pinterest
Posted by PotatoFarmGirl at 10:13 PM 21 Taters

Puppies are good. I miss my puppy. My parents say she is getting old, but still loves her frisbee. She has a frisbee addiction. We are not allowed to mention frisbees when she is present. Not even spell the word "frisbee". It causes a relapse, and she goes crazy! None of these drawings look like her. She's an Australian Shepard by the way. 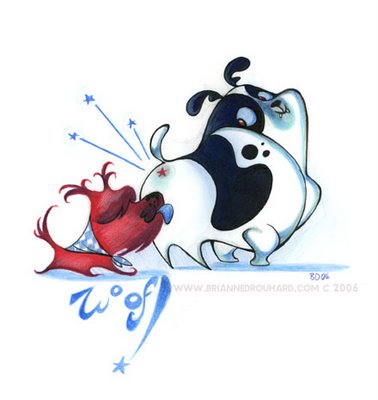 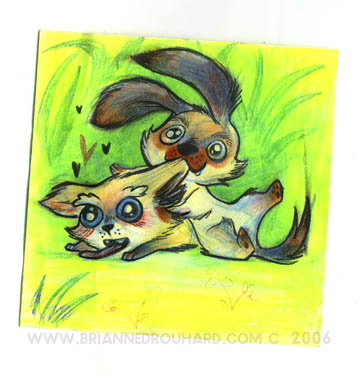 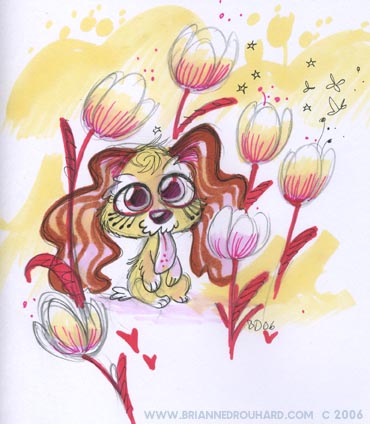 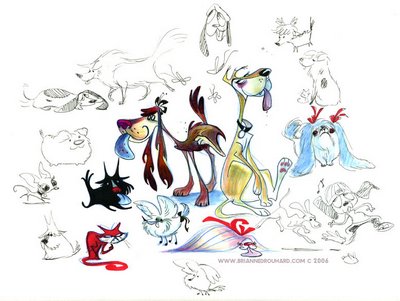 Cat vs PUPPIES!!!<---- Click for near death cute overdose.
Email ThisBlogThis!Share to TwitterShare to FacebookShare to Pinterest
Posted by PotatoFarmGirl at 10:24 PM 32 Taters

Pre-bidding for the Cartoon Network Fyn Stec benefit show starts Monday, 17th. Click on the banner to the right for more info and a gallery of work that will be auctioned. There's going to be a ton of crazy artsy stuff there. These evil kittens will be there, with their starring eyes. 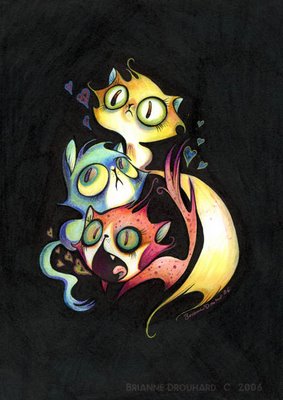 Papillion Knight will be available too if anyone wants it.
A moment of zen. If you watch this video, you will suddenly want to paint your nails, eat ice cream, and dance in a field of flowers. Just a warning.

Email ThisBlogThis!Share to TwitterShare to FacebookShare to Pinterest
Posted by PotatoFarmGirl at 8:21 PM 24 Taters

She's going to be for sale for a benefit art auction happenig in a couple of weeks. I'll post up more info next week, so it'll be easier for people to remember if they want to go. There are alot of artists/animators contributing work, for the meantime, go here to know what's going on and support a little boy and his family. 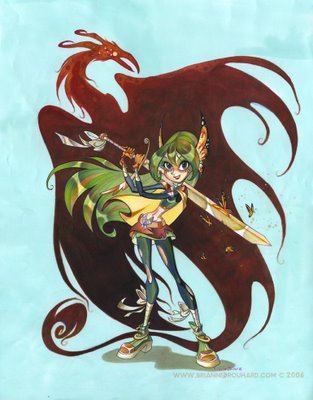 There is also a print of "Pirouette" available at Gallery Nucleus. I haven't seen what the print quality is like, but they usually do pretty good with their printing job. If anybody wants one, they are here.
One more thing I found. Scary Cinnamonroll commercial. This seems like it's stop motion of a stuffed animal.

Email ThisBlogThis!Share to TwitterShare to FacebookShare to Pinterest
Posted by PotatoFarmGirl at 6:09 PM 25 Taters


This was my most favorite video game in junior high. It's like a girlie Legend of Zelda, but the characters in it were just so cool. Plus, it was multi-player, so my little brother and I could play at the same time and figure out puzzles together. We named the characters after the Three Stooges. This trailer looks like it might be a remake, but I will probably get a DS now. I used to play videogames alot, but kinda stopped during college 'cause I didn't, and still don't, have the time.
Here's a really bad sketch I did real quick of the dragon that would fly you around the world in the old "Secret of Mana". His english name was pretty stupid, so I don't want to type it. His eyes are dumb looking here. I will try to draw a nicer drawing later. 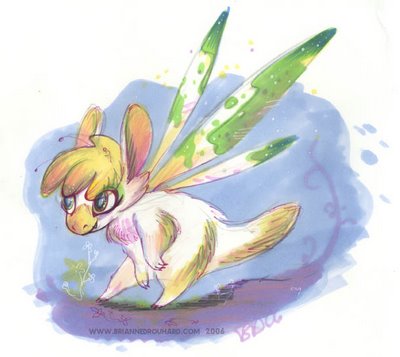