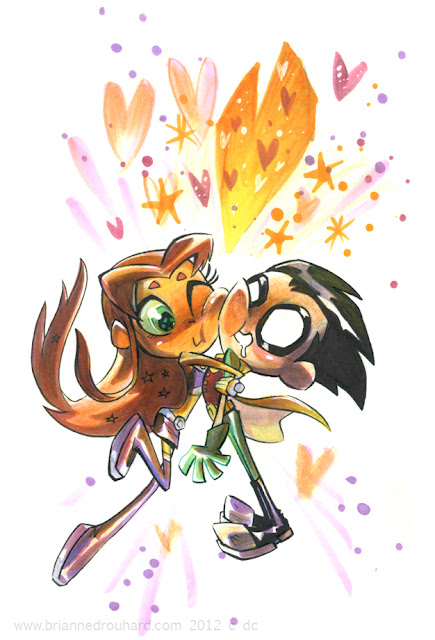 Hi again!  Guess what's on tv this coming Saturday morning on Cartoon Network?
:D
....
CARTOONS!   YAY!
If you like shows for human and alien children, please watch March 3rd, at 10am.
The block has full episodes of Green Lantern and Young Justice, and in between are some extra goodies.  I don't know what exactly will be airing, but it's likely there will be a new Teen Titans short.   I was given the opportunity to storyboard two of the shorts, and did character designs with Derrick Wyatt and Danny Kimanyen!  A lot of the old Titans crew helped out.
The drawing above was done at a hotel in Seattle, as I was having a panic attack trying to draw these characters again, and procrastinating doing thumbnails for my first Titans storyboard.
I turned down boards on the original show, because storyboards always freak me out, it's always super hard for me.  My brain has a hard time with them, but the last couple of years I've had to try out of necessity.  It's good I did, even though I wish I could be a storyboard genius, it has affected how I design and draw, and I'm very thankful for that!
Teen Titans was also the first tv show I worked on, and it's also made me feel like an old lady!  My blog began while on that show, and Starfire was the first post!  It's been seven years....jeez........

Other important events for MARCH!!


I'll be helping out at the Immedium booth in the small press area!  Billie the Unicorn and other fun kid's book from an independent publisher!  I will draw in books!  I might not be there all weekend, so I'll post more info soon.  Other artists and authors will be there too, so please stop by, especially if you have little ones.
Also there's a DC Nation panel March 17!  I'm going to try to attend for moral support.  :D
(Also really really want to go to Disneyland...)


I'll be at artist alley, table D-17.
Not sure what I'll have ready, haven't had much time for sleep lately.  Most likely Billie.  Hopefully a sketchbook.  Probably napping.  My Dad might hang out with me.  Stop by if you want to hear stories about his potato friends.  'Cause he's a real farmer and all.


.....and about the other stuff I'm working on.  I'm full time doing designs on Scooby Doo Mystery Inc. right now, while finishing up some "Amethyst, Princess of Gemworld" on the side.
DC is going to reprint the original comics from the 80's, and it's up for pre-order on Amazon! 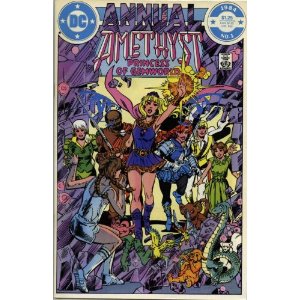 I highly recommend getting a hold of this book, especially if you like fantasy and brave princesses!  I do not know what the future holds, but I love drawing those characters.  Go on and give the original creators their props!


Email ThisBlogThis!Share to TwitterShare to FacebookShare to Pinterest
Posted by PotatoFarmGirl at 1:03 AM 4 Taters

Today is for squishing. 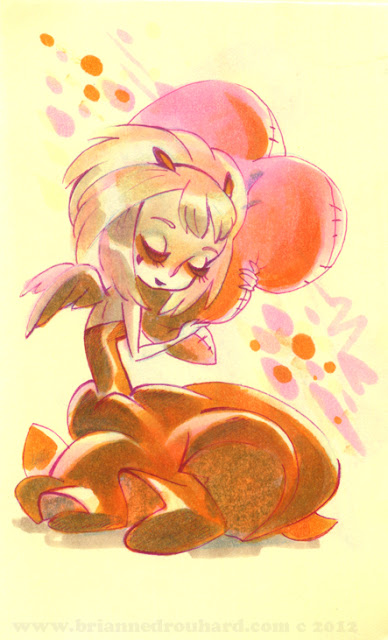 Email ThisBlogThis!Share to TwitterShare to FacebookShare to Pinterest
Posted by PotatoFarmGirl at 9:16 AM 5 Taters

Not yet anyway... let's see if I survive this month.  HA HA.
Went to Tokyo, saw friends, visited some nice people at some studios, came back, and designing on three different projects right now (or more like four).
I took photos in Tokyo, but forgot my digital camera, so I used a disposable.  YAY they still make those.  Once I finish off the second camera and get it developed, I'll post them up.  Hopefully my thumbs won't be in the photos.

So updates and some art: 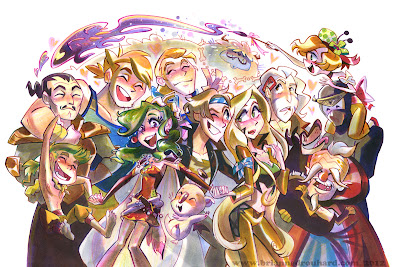 Here are the few things sketched that aren't work related. 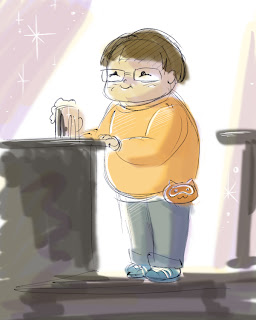 We saw this jolly fellow at the Dragon Quest Cafe in Tokyo.  He was really excited to add more points to his card.  He also had a little racoon fanny pack.  He is awesome. 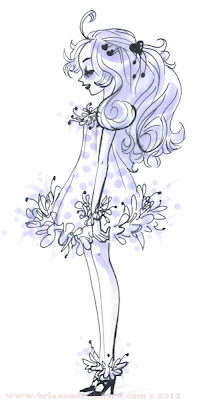 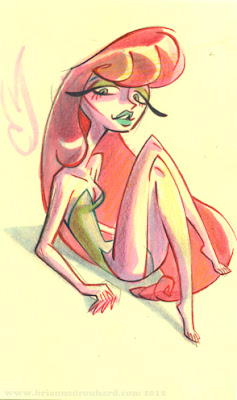 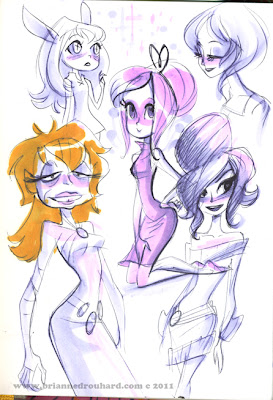 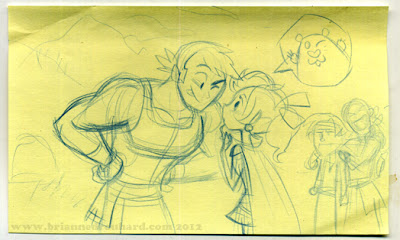 That's it for now.  Looks like the scanner is starting to die, getting weird streaks in everything.
Will post more in March.  Hopefully some of the stuff I worked on will be airing on Cartoon Network by then.  I don't really know. Berfs. 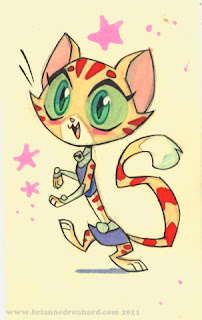 Email ThisBlogThis!Share to TwitterShare to FacebookShare to Pinterest
Posted by PotatoFarmGirl at 2:13 PM 5 Taters