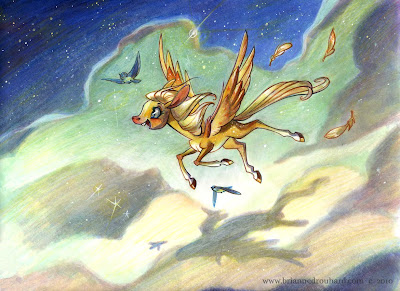 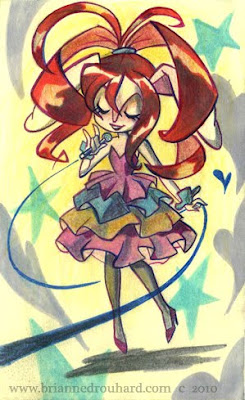 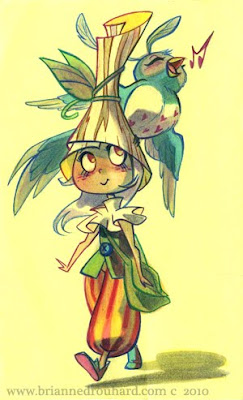 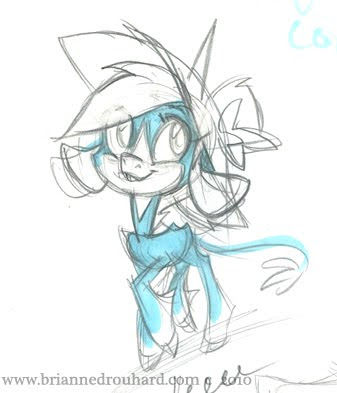 Email ThisBlogThis!Share to TwitterShare to FacebookShare to Pinterest
Posted by PotatoFarmGirl at 1:05 AM 15 Taters

Finishing up some super fun freelance and fun stuff at work, then back to my personal projects soon! So excited!
Anyway, here are some random scribblings that aren't work related from the last couple of months. Things are crazy! 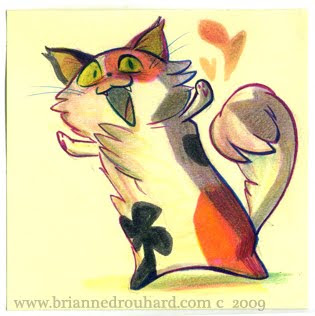 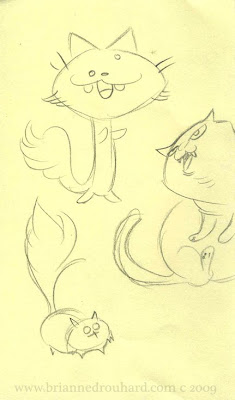 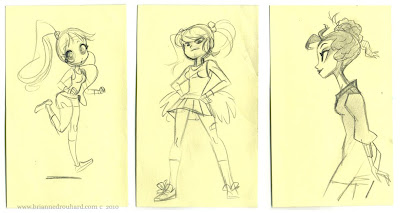 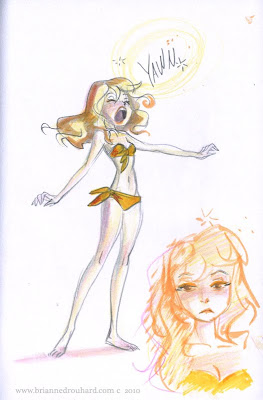 ________
Just found out my "Soul Mates" piece from "The Last Unicorn Show" is going to a happy home and a hardcore unicorn fan. Yay!!!
_____
Almost forgot, here's a song I over-listened to this week. The album is on iTunes.
Heavenly Star-Genki Rockets

Email ThisBlogThis!Share to TwitterShare to FacebookShare to Pinterest
Posted by PotatoFarmGirl at 11:32 PM 11 Taters

"The Last Unicorn Art Show", Friday, April 16th, 7pm-11pm at the Tattoo Factory Gallery located at 4443 N. Broadway in Chicago.
A full artist list and movie screening schedule can be found at thelastunicornartshow.blogspot.com
I really wish I could go to this in person. Peter S. Beagle is going to be there, and I'm sure there is going to be alot of cool artwork for this. There's also going to be a screening of the movie with a Q and A with Mr. Beagle. Chicago peoples are so lucky!

I did two pieces, the next three images go in one frame: 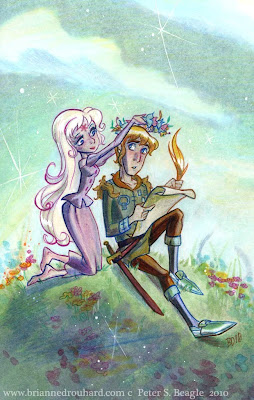 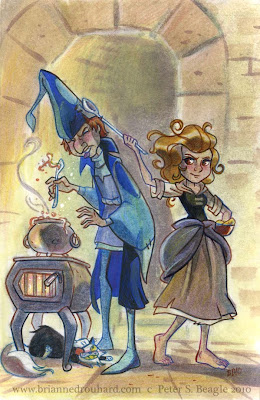 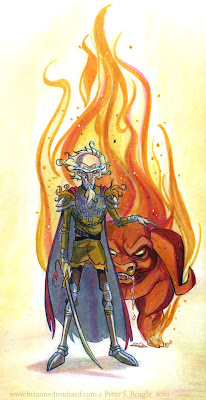 This is from the short story "Two Hearts" that followed up the original book. It's a bit of a spoiler, but I wanted to try to draw something without the pressure of the look of the movie. 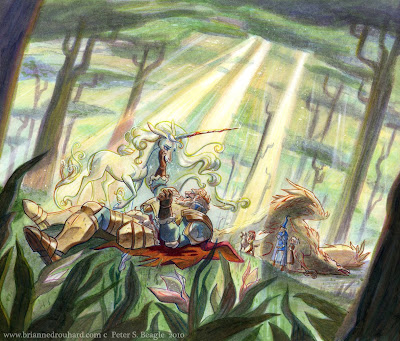 And here are the pieces in their purdy frames. The three small drawings are actually bigger unframed, in case anyone decides they want it. 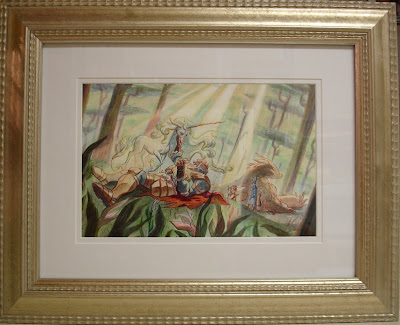 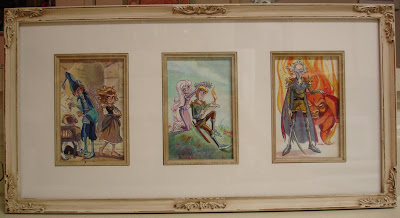 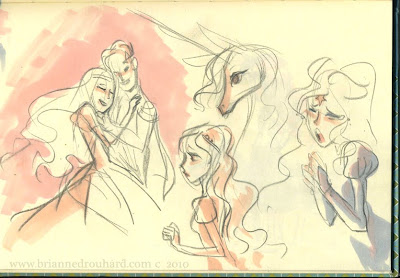 I was really hoping to eventually draw Sooz, but this is as far as I got. 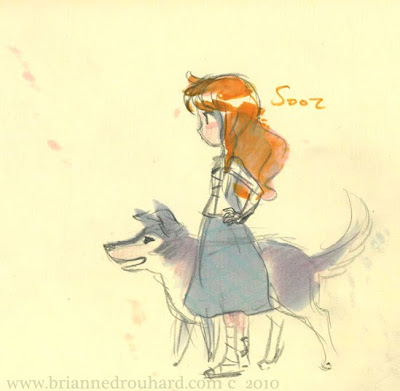 Some random unicorn drawings from ages ago. I was saving them for a sketchbook, but that isn't happening, not in paper form anyway. Check back later. 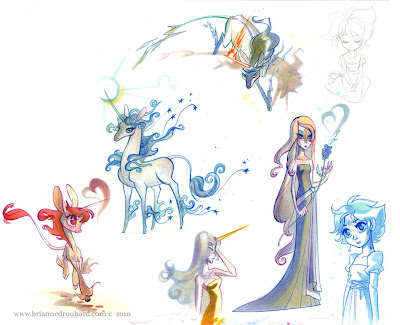 Orange kitty drawn with a special brush marker that Tara gave me! 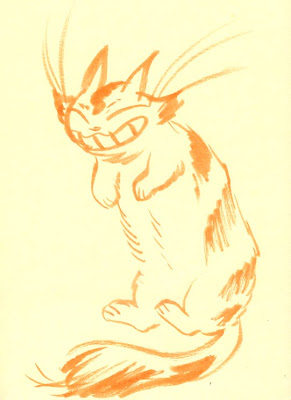 For secret Red Bull drawing, go HERE!
Email ThisBlogThis!Share to TwitterShare to FacebookShare to Pinterest
Posted by PotatoFarmGirl at 2:00 AM 17 Taters