Yay! Final Fantasy VI is coming to advance. Boo! It's easier than the first version, it's on a tiny screen, and I don't have time to play it! I gave my self an assignment last week, so here's a contest. If anyone can email me all 17 of these characters' names, I will send them a surprise! (something small and lame, like a cookie, or a candy wrapper). Contest is over! I'm going to make some stuff to mail. Hope it doesn't suck.

Congrats to all the nerds who actually knew their names and those who took the time to google. You are now official nerds. 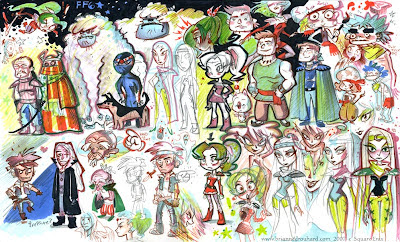 Yoshitaka Amano did the original FF designs. His stuff is purdy. and weird.

I'm going to be busy bree this week hopefully! @U@
Email ThisBlogThis!Share to TwitterShare to FacebookShare to Pinterest
Posted by PotatoFarmGirl at 12:37 PM 35 Taters


My brother and I were always having to take the mouse apart to remove all the dust that would stick to the little rolly ball. I wonder how many people started making crude animation and music with this. Ahhh, kids these days, with their Flash and editing software that comes with everything.
Email ThisBlogThis!Share to TwitterShare to FacebookShare to Pinterest
Posted by PotatoFarmGirl at 3:13 PM 10 Taters 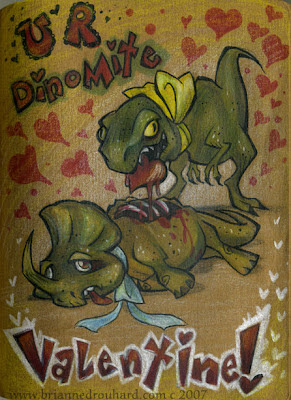 A short animation by Osamu Tezuka. "Male" Human love from a cat's perspective.
**Probably offensive and disturbing**Disney's "Evangelion"
Have a wonderful holiday created by greeting card companies.
Email ThisBlogThis!Share to TwitterShare to FacebookShare to Pinterest
Posted by PotatoFarmGirl at 2:05 AM 19 Taters 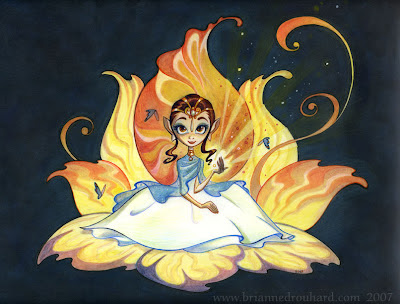 This is going to be at the Nucleus show this Saturday. I got to see some of the artwork today and it was all very impressive, not like this Myspace glitter gif reject. She is supposed to be the Child-like Empress from "The Neverending Story". That is why she is holding a grain of sand, all that remains of her kingdom. (Yeah, I know there is a throne and butterflies in there, I don't know why the "nothing" didn't eat them.)

Email ThisBlogThis!Share to TwitterShare to FacebookShare to Pinterest
Posted by PotatoFarmGirl at 11:43 PM 22 Taters