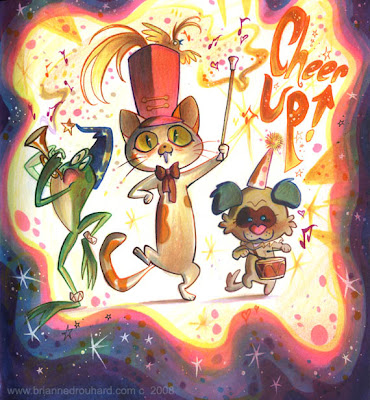 Pumpkin bread is fuel of the gods! Thanks to everyone who has been supportive the last couple of years and kept me going. I'm looking forward to this week. Now to do some laundry! 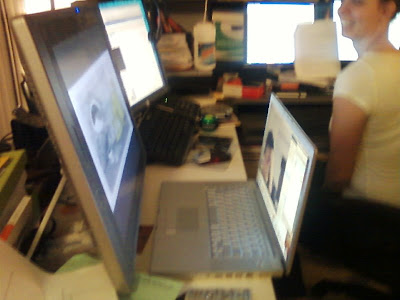 Last weekend I was over at a friend's apartment working on stuff. We were talking to our friend in Japan on Skype, and wanted to show him a video. His head is on the Mac work book, and we placed him in front of the cintiq to watch it. Youtube? Who needs it.
Email ThisBlogThis!Share to TwitterShare to FacebookShare to Pinterest
Posted by PotatoFarmGirl at 7:39 PM 12 Taters 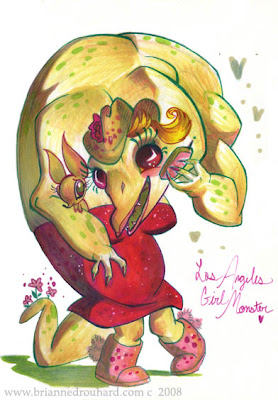 One more week of no life and then maybe I won't post old stuff. This lovely monster up above is a rare specimen. It is because she is wearing a cowboy hat AND Ugg boots. I haven't seen any of these creatures roaming about LA for awhile. If you see one, be aware of how fragile their existence is. That chihuahua isn't a pet. It's a snack.

Some of these guys also did the voices, including Zaza Mustazar, who is uncredited. Because of this, the film sounds exactly like the Nerf wars back in the day, even with the weird made up cute voices.

Here are some extra special videos:
Stanford Laser Technology
Do not watch if you are about to go to sleep or have a fear of Ronald McDonald. Ron Ron Ru, indeed.
Have you seen Spock's Brain?
Email ThisBlogThis!Share to TwitterShare to FacebookShare to Pinterest
Posted by PotatoFarmGirl at 9:25 PM 7 Taters

I'm going to be M.I.A next week again. Got some happy freelance recently, and I'm trying to learn how to storyboard (that isn't freelance). I think I got up to around panel 400 today.
In the meantime, here is a new image of Alabaster for some reason. Her armor makes no sense. Why is her belly exposed? Doesn't seem very smart, and for someone so stupid, why is her armor represented by an owl? That breast plate probably pokes her stomach every time she bends over. 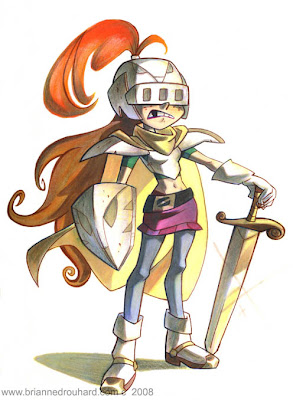 On the subject of armor that makes no sense what so ever...
Here is some old stuff (some is sorta new) that I doodled while on "OOJH" and "3000".
I like drawing stupid, but it doesn't pay the billz.
"These guy are sick." 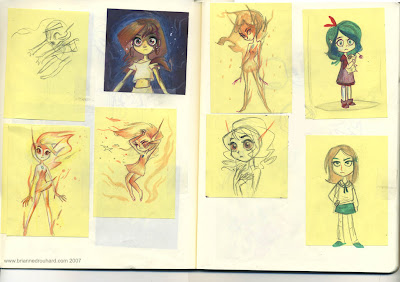 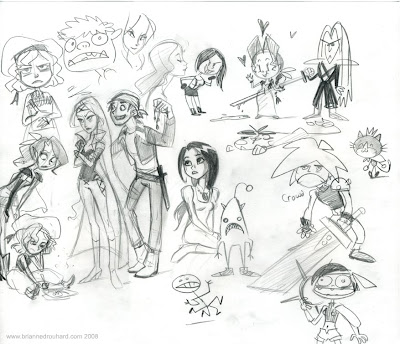 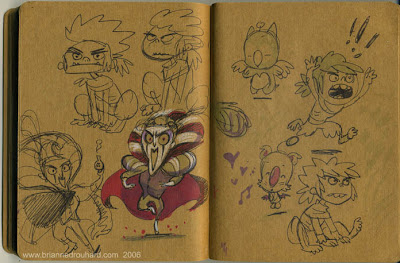 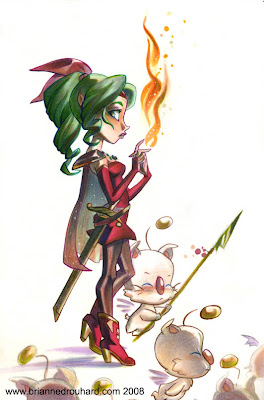 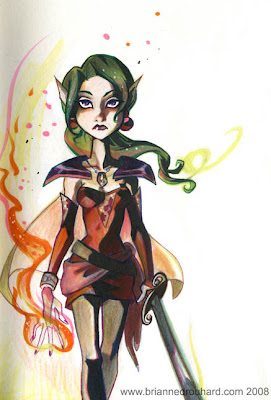 All these drawings have a horrible disease, called "Dissidia".
You may suffer from "Dissidia" if you display the following symptoms:
Chronic Amnesia, sharp pointy hair, attraction to buckles, belts, and zippers, depression, being randomly attacked by small animals, prone to setting yourself or others on fire, dependence on crystal substances, being ridiculously powerful for no good reason, bad English voice acting, and inability to have a coherent plot.
If you display any of these symptoms, buy Brianne a PSP, unless she wins the lottery and buys one herself. Preferably mint green version, and then it will sit with the DS collecting dust because she has no time to play video games. :( 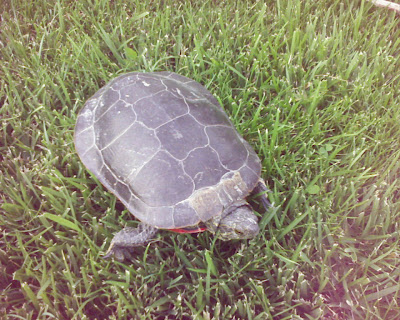 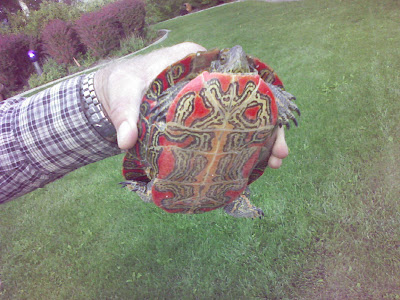 Toonces wants to be buddies. 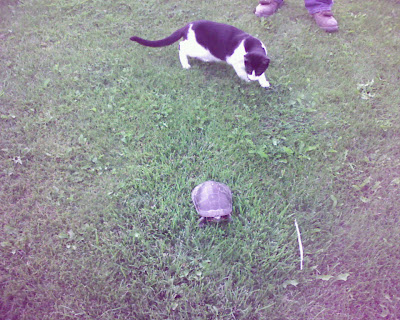