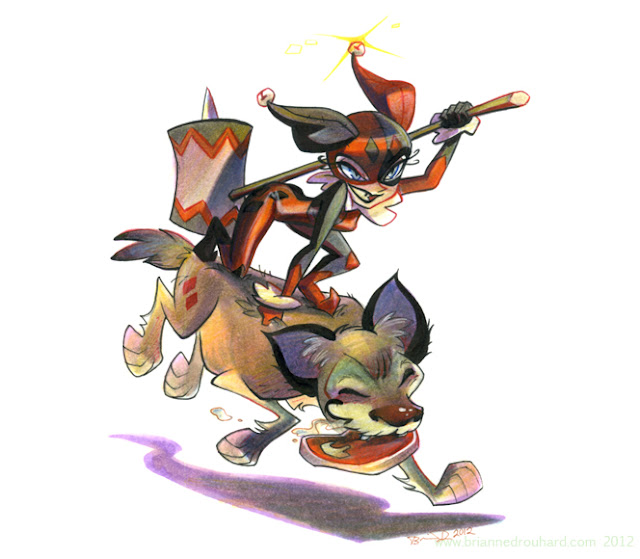 It's been a couple of weeks since the Emerald City Convention in Seattle.  Had some time to rest a little, and back to busy.  Been trying to wake up super early in the morning, and catching up on lists at work.  It feels like an unending game of Tetris, good thing I like Tetris.  Other than the Harley up above, and some convention doodles, there hasn't been much time for drawing frivolously. 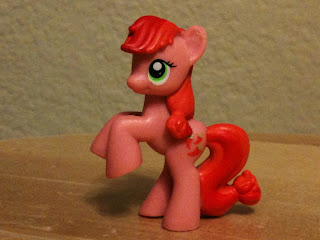 A nice fellow and his wife gave me a blind bag MLP, and Pepperdance was inside!  She is one of my top prizes from my trip, and she's going to live on my new work desk tomorrow.  I LOVE her so much!  The couple who handed her to me came by my table quite a few times, and they were awesome and lifted my spirits. 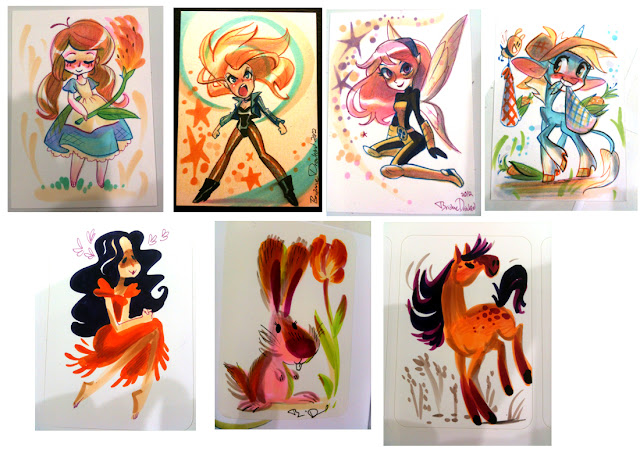 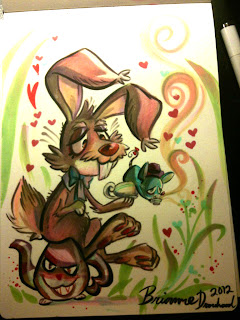 I was drawing on stickers for those who purchased a sketchbook at ECCC, and drew a few sketch cards too!  Never drawn Pixie before, the girl who asked for her had a really well done Pixie cosplay.  She was hanging out with a Storm too, wish I would've grabbed their photos. 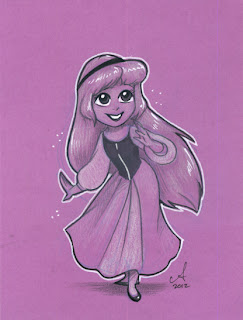 Amy Mebberson drew Eilonwy for me!
I also got to meet Jon McNally, Laurie B! and Miss Cartoonfuntime! 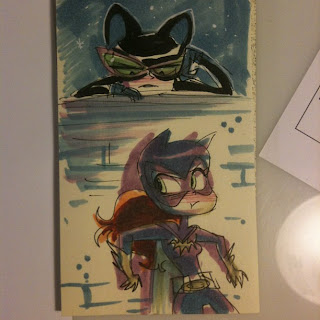 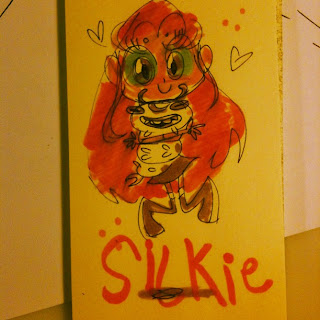 Some doodles living on my desk. 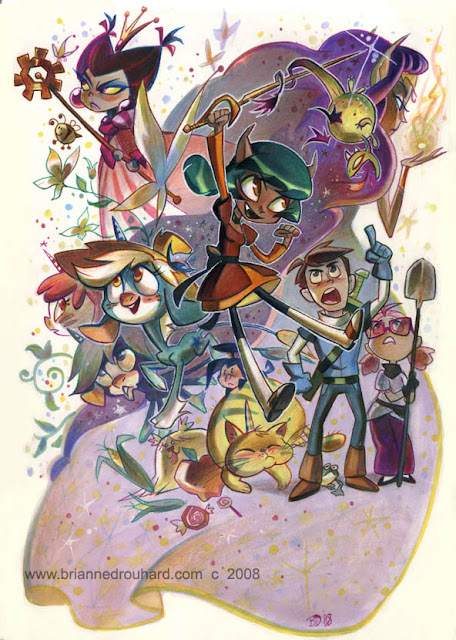 Some old Billie and Harpy art, when I was trying to decide delaying finishing Billie, in favor of having time to give Harpy a go. Was going to put it in "Tatertots", but forgot. Derp.


The rest is just endless nonsense. So much drawn. So much weird stuff. Considering throwing some voices on the sad old animatic and just throwing it on blogger. It's definitely amateur, but everything starts somewhere. 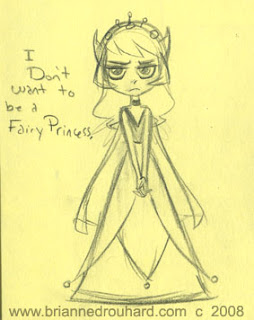 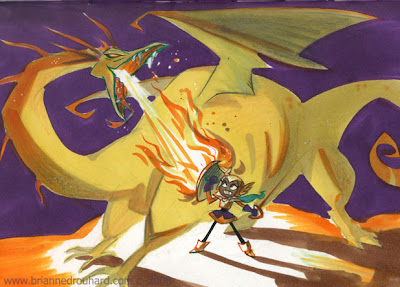 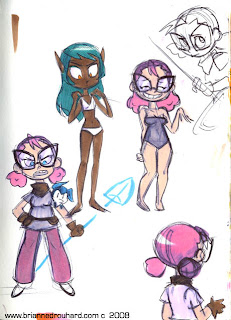 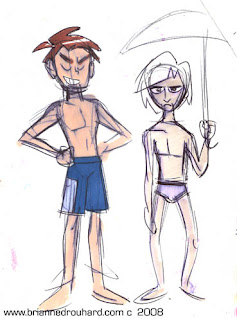 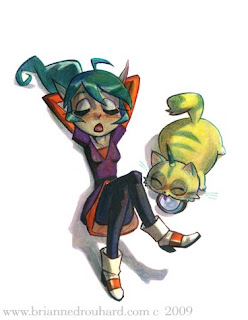 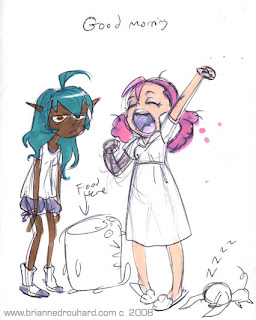 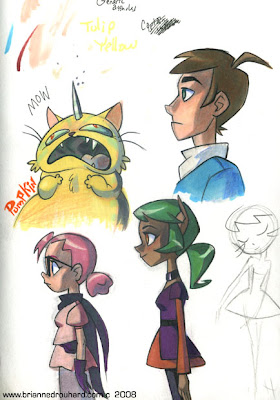 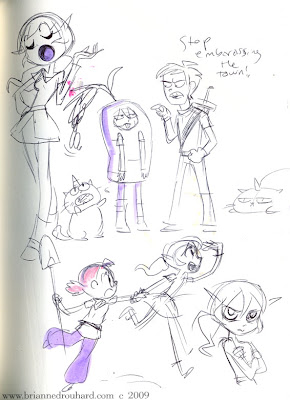 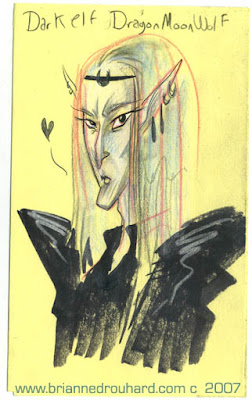 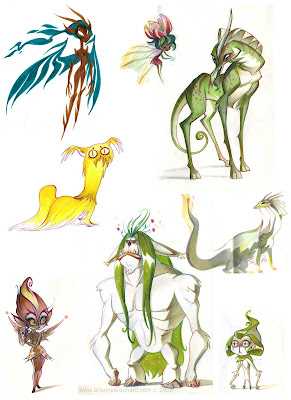 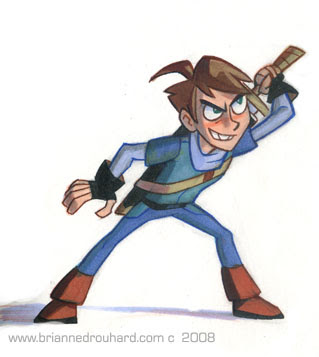 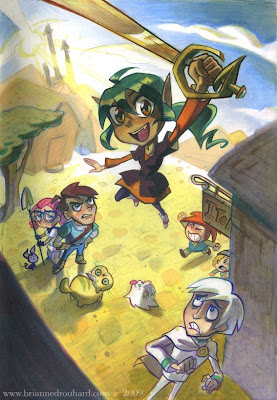 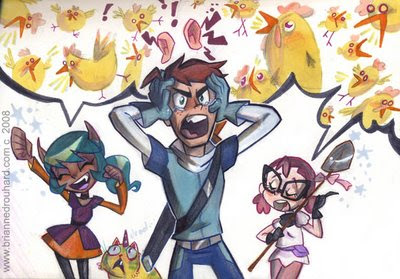 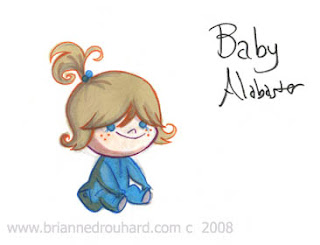 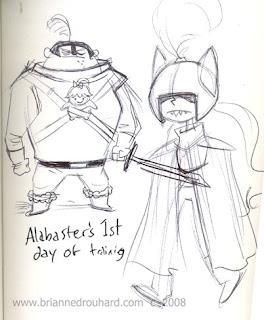 Not sure if anyone remembers my drawings of Alabaster, the knight.  Here is her Dad training her in battle, she's seen bloodshed before she could walk.  She lives in Harpy's world.


Email ThisBlogThis!Share to TwitterShare to FacebookShare to Pinterest
Posted by PotatoFarmGirl at 1:01 AM 7 Taters