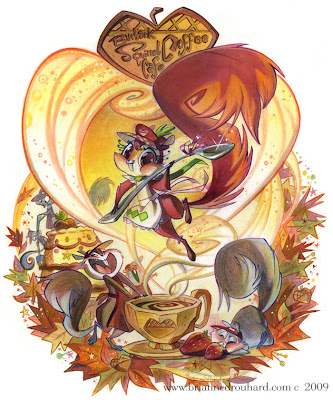 I know there has to be a coffee shop run by squirrels somewhere in this city! Anyone know where I ripped off the girl squirrel's apron from? ;E

Here is the flyer with some of artists that will be in the show! 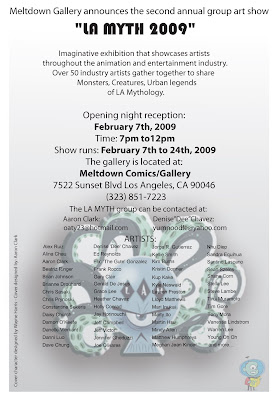 Here are some silly photos.
Email ThisBlogThis!Share to TwitterShare to FacebookShare to Pinterest
Posted by PotatoFarmGirl at 1:44 AM 20 Taters

I have nothing new to post! BOOOOO!!!!
So here are some things from the sketchbook I finally finished. The drawings are unfinished and old. YAY!! 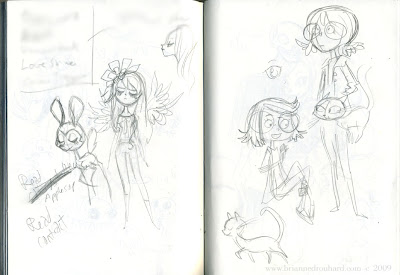 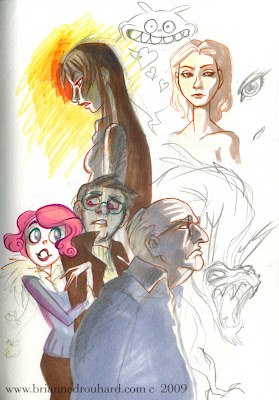 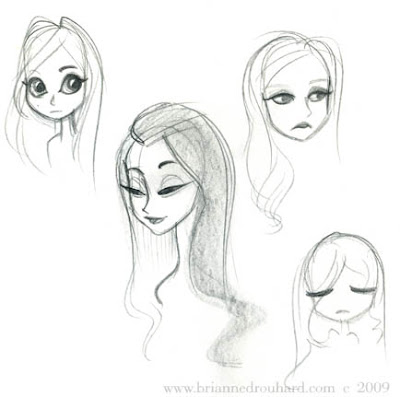 If others aren't giving up on me than I can't give up on myself. I'll give LA a few more months. Never give up! Never Surrender!!
Email ThisBlogThis!Share to TwitterShare to FacebookShare to Pinterest
Posted by PotatoFarmGirl at 12:39 AM 10 Taters 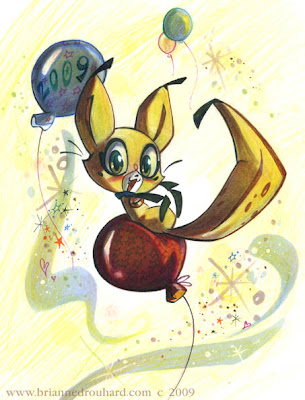 Here is a bday present for a friend. His name is Professor Tibbles. He is an intelligent kitty. 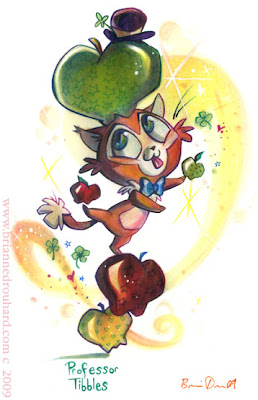 Thanks everyone for the nice compliments on "Love Shine". I hope more people will try making their own films. The hardest thing to do is find the time, second is dealing with computer troubles, but alot of the fun is getting through problems and actually seeing it come together. It was really nostalgic to be spending time on a film, I really enjoyed making them in school, and hopefully can make some with my friends in the future. It is good to know that it can be done without having to work at a fancy studio, although that would be nice. What work I had gotten last year, most I couldn't post. It feels good to be able to have something to show for the past year, no matter how crude it is. I can at least keep animation as a hobby, no matter what happens. Never going to make another minute and a half short in two weeks again. That was REALLY STUPID! I did not sleep, and got a huge knot in my back that hurts! Also the pay is horrible!
Here is some stuffs, since some people wanted to know how I put it together.
"Love Shine" sketches and oddities, andframe grabs for anyone into that sort of thing.

Here is the animatic I used as a guide. I did make some chicken scratch thumbnails in my sketchbook first. Then I drew it in Photoshop, dumped it in Premiere, and dumped it in Flash as a guide. It's pretty gross, but it's an easy way to keep on track. Hopefully it doesn't offend any board artists that actually know what they are doing.

Here are a bunch of random videos, because it is 2009.