Not dead.  Being busy on a little film, but was distracted by happy music, and had to animate some dancing.  Play the songs and watch them party for you!
Meet Bruce, his dance is better than birthday cake!

Email ThisBlogThis!Share to TwitterShare to FacebookShare to Pinterest
Posted by PotatoFarmGirl at 10:20 PM 3 Taters 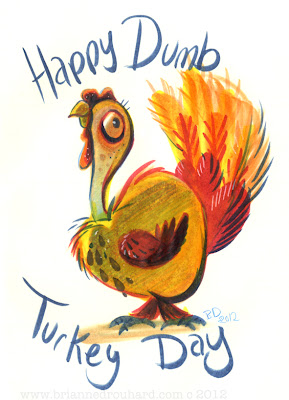 It was Thanksgiving in the USA this past Thursday.  We eat turkeys.

Been on a weird drawing kick the past two weeks.  Feels kind of nice! 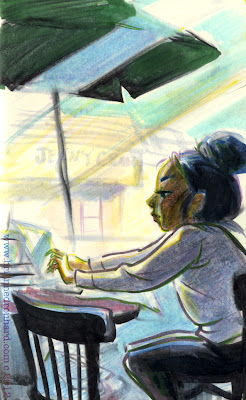 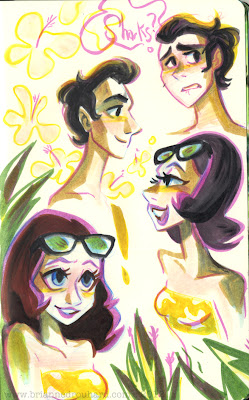 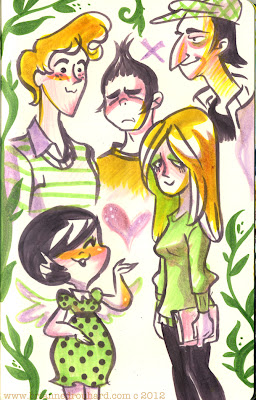 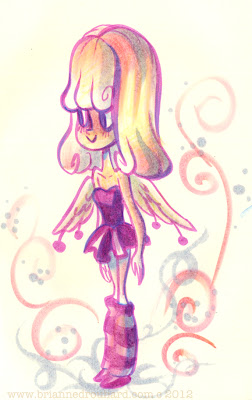 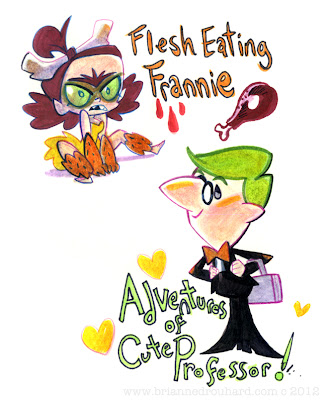 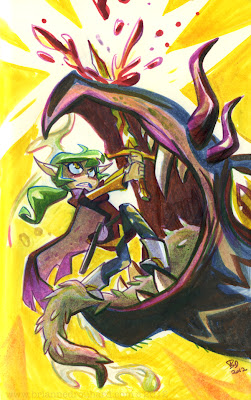 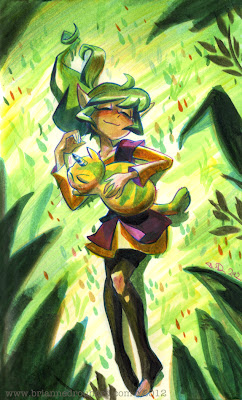 Drew on some stickers, to put in sketchbooks to send to Japan last week!  I drew 20 of them, but these are what were scanned. 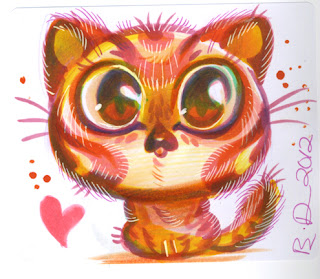 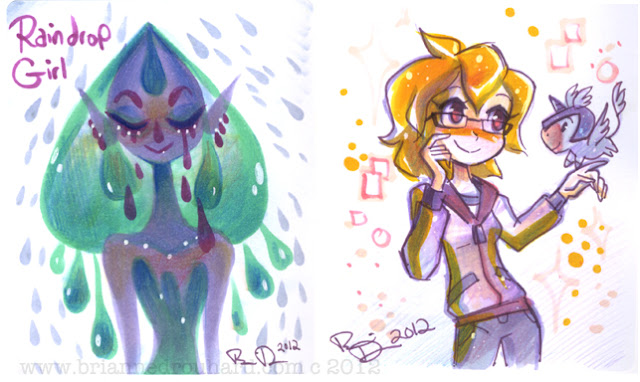 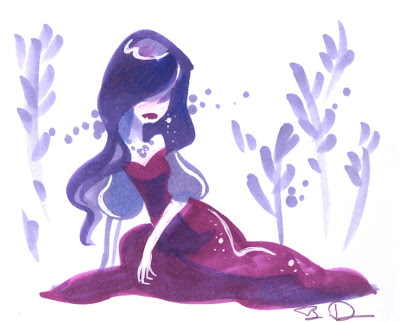 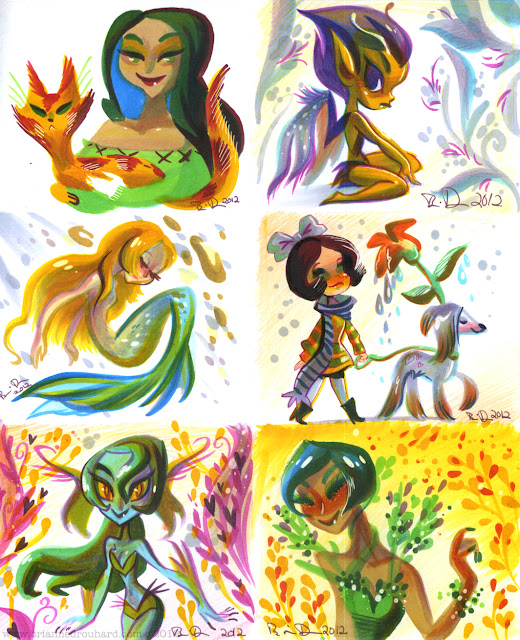 I went to CTN-X in Burbank last weekend.  Didn't get to walk around the floor a whole lot, so sorry I missed so many friends.  All in all, had a pretty good time!

Email ThisBlogThis!Share to TwitterShare to FacebookShare to Pinterest
Posted by PotatoFarmGirl at 7:48 PM 2 Taters

While chatting with a close friend on the phone last night, we noticed how quickly the last few years have passed.  We both have been busy, she's started a new job a year and a half ago, is managing an etsy shop, and recently was married!   While discussing upcoming opportunities, and old forgotten projects, we realized my old pitch was now four years old.  I haven't worked on it for almost two years, there was some interest, but it just wasn't meant to be.  Honestly, I sort have forgotten about it.

It's been long enough, that I just see it as an awkward cobbled exercise.  When this was made, I hadn't storyboarded in six years, since college. And during college, a teacher and a couple of classmates had made comments that I'd never be a board artist.  So I was dumb and believed them.

It wasn't until there was interest in this pitch, that I had to bite the bullet and try storyboarding again.  As bad as this is, it was probably one of the better hurdles I attempted, it gave me a little bit of confidence back, and new opportunities presented themselves.  Poor Harpy was left behind.

So below was the attempt at putting an original story together. 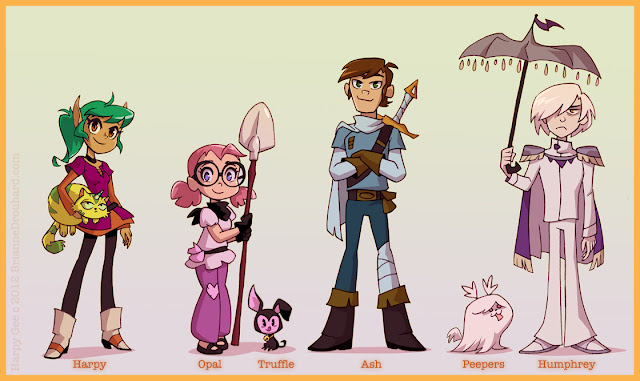 Synopsis:  Harpy, Opal, and Ash live and work at an Item Shop.  They're no longer children, not quite adults, and have moved to this town to begin finding their roles in the world.

Harpy: An elf that cannot use magic, considered a grave handicap in her home country, she's been sheltered all her life.  She lives and works at the Item Shop, but also will take any odd job around town, regardless if it's teaching, ballet school, or scrubbing the castle floors.  Nothing is too mundane or adventurous.  She's doing her best to make up for lost time and stay optimistic.

Pumpkin:  Harpy's goblin cat.  He is indestructible, and will eat anything.  Luckily he is lazy and sleeps most of the time.  He's also her living suitcase, she keeps her important items, clothing and weapons in his inter-dimensional stomach.

Opal: A witch doctor from a large family of pig ranchers.  She doesn't like dirt, but since she has to dig up most of her potion ingredients, she wears gloves and a bandana.  She uses her shovel to fly, since she also needs it to dig.  She likes anything that's cute, and her helpful ingredient smelling pet pig, Truffle.

Ash:  A knight in training.  He thinks highly of himself, and regards the others as children.  He secretly collects playing cards of famous knights.  He tries his best to act like what he knows what he's doing, but half the time ends up embarrassed.

Humphrey:  The prince of the kingdom, he was sent to live at his uncle's castle in town.  He doesn't like being outside or sunlight, and would rather write sad poetry or read about battles that end in failure.  His uncle regularly sends him out to take Peepers, the royal dog out for walks.


There was a script I had to act out to a roomful of strangers, so there was some dialogue.  Good luck watching it without it!  It's really stupid!

Harpy animatic from 2008
Music was graciously provided by the One Ups.  You can purchase the music directly from them

Email ThisBlogThis!Share to TwitterShare to FacebookShare to Pinterest
Posted by PotatoFarmGirl at 7:10 PM 18 Taters 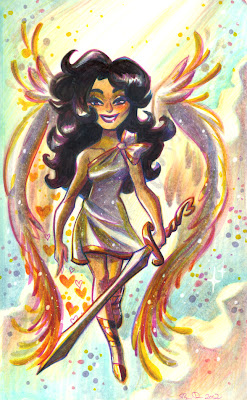 A good friend from high school passed away yesterday, after a very aggressive fight with stomach cancer.  One of her requests was that her friends put out word that November is Stomach Cancer Awareness month.

Marta was diagnosed early this year, and she decided to blog about her experience.  Since I knew her in school, she has always been a cheerful person, very outgoing, and with a positive attitude.  During high school, I kept my head down, and tried not to draw attention to myself, but Marta was so friendly.  She was a cheerleader, and that seemed appropriate with her enthusiasm for the people lucky to know her.  She was friends with everyone, regardless of background.  It really left an impression on me.

We found each other again online a few years ago, sharing photos of cute cats, and the little incidents of our lives.

It was a shock when someone like her, so young, starting a new career, would now have to deal with such a horrible disease.  She was very brave, and with all the odds against her, she still smiled.  Everyday is precious, and the best way to honor her and others who've also had to fight so hard, is to remember that, and remember how lucky we are.

I'm glad that she was able to go home and be with her family and kitties, and share moments with her siblings.  I know she was happy, and the sun was warm and shining today.  So happily I remember my friend and all that she showed us.

You have relief Marta.  May we see each other again and thank you for sharing your happy spirit! 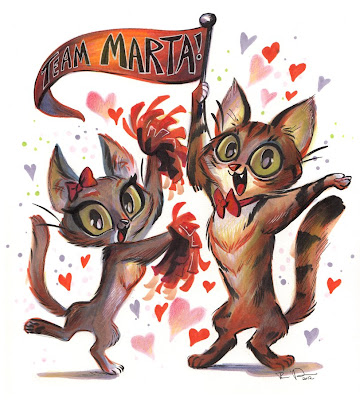 Marta's kitties, Molly and Dash.
Email ThisBlogThis!Share to TwitterShare to FacebookShare to Pinterest
Posted by PotatoFarmGirl at 7:43 PM 5 Taters


Random blog update because my brain is stuck. 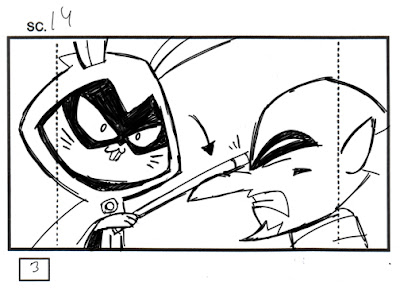 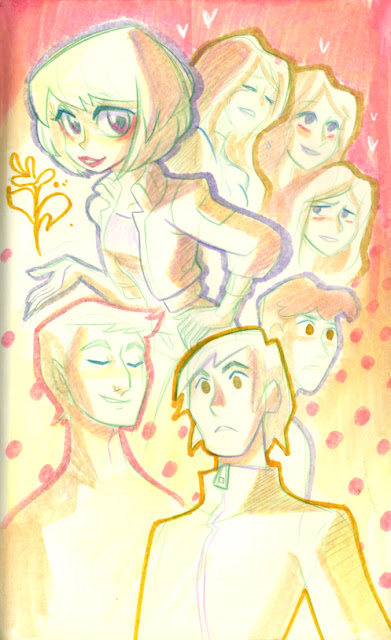 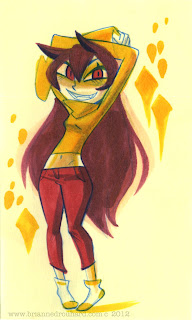 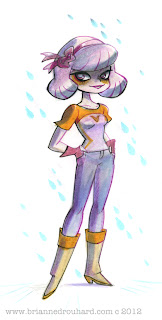 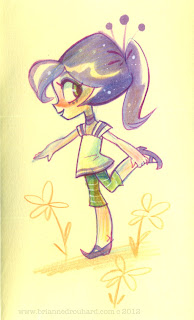 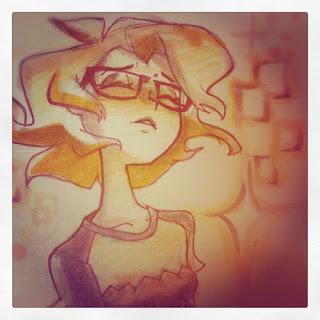 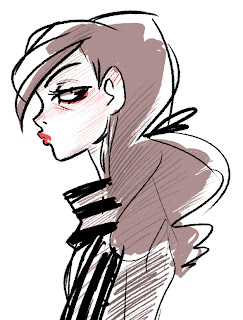 Email ThisBlogThis!Share to TwitterShare to FacebookShare to Pinterest
Posted by PotatoFarmGirl at 2:32 PM 1 Taters 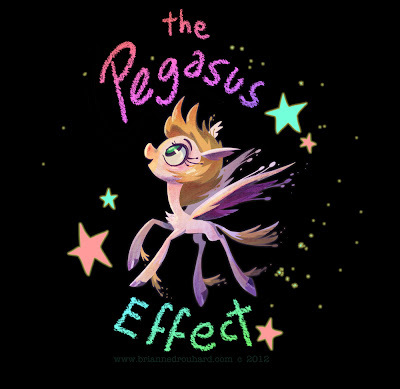 My parents visited me this past week.  We went to a friend's Halloween wedding, California Adventure, Griffith Observatory, and saw a few movies!  My mom sent me this horoscope.  What is The Pegasus Effect?!
<--------  ????? 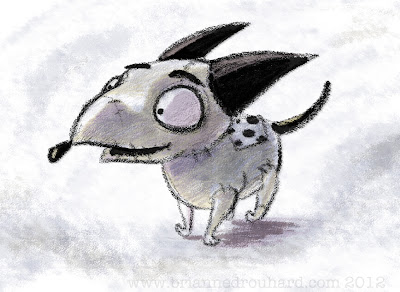 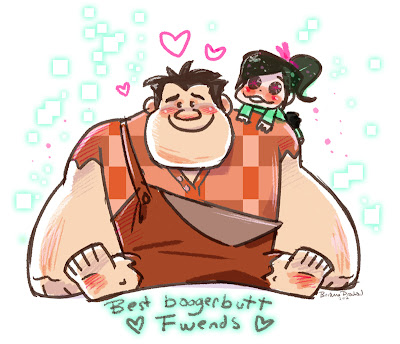 Both were really fun!  It's been a great fall for animated movies.  Paranorman may still be my favorite though, it's a tough call!

Cat in a Basket 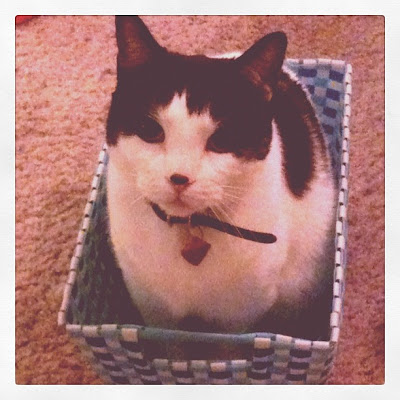 Thumbnail from a project I'm working on... 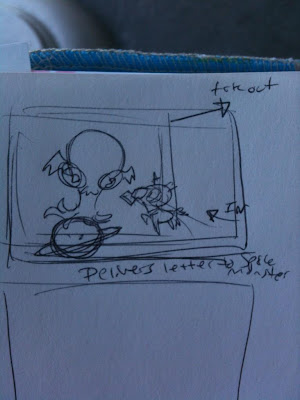 Chicken Scratch!
Email ThisBlogThis!Share to TwitterShare to FacebookShare to Pinterest
Posted by PotatoFarmGirl at 8:46 PM 2 Taters